Warning: Creating default object from empty value in /home/customer/www/lisafliegel.bulletprooftherapist.com/public_html/wp-content/themes/pinnacle/themeoptions/redux/inc/class.redux_filesystem.php on line 29
 MY ARTICLE IN BOSTON GLOBE MAGAZINE: Before my father died of COVID-19, he taught me the Importance of Listening – Bulletproof Blog 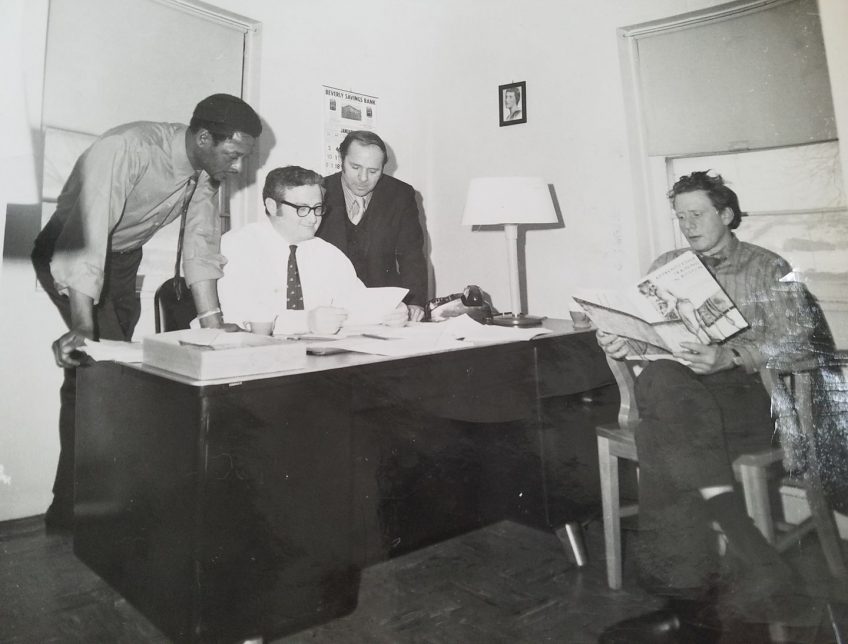 “That is how it felt being at the March on Washington,” he told me. “But people don’t listen. They need to listen.”

He was happy to see me. But perched on the fault line of COVID-19, my father, Bert Fliegel, was frightened. Rumblings about the pandemic on the 85-inch flatscreen TV disturbed the peace of the sun-filled day room of the Belmont Manor nursing home, where he lived until April 16, when he died of complications related to COVID-19.

“How are things going with the Underground Railroad?” he asked. It wasn’t dementia. My dad’s remarks always tended toward a stream of consciousness, a trait I’ve inherited in the course of deciphering his heart.

In 1959 he became the first social worker in the country hired to help people displaced by the federally funded “urban renewal” program that razed low-income neighborhoods across the country in the 1950s and ’60s. In Boston, nearly 10,000 low-rent units were destroyed and the 22,000 people who lived in them were kicked out. “We really screwed up, honey,’’ he told me sadly.

When he first moved to Belmont Manor, my dad would incessantly quote FDR: “We have nothing to fear but fear itself.” He was frightened to be severed from everything familiar. He said the racial disparities at the nursing home unnerved him. “You know they’re not invisible,” he groused. Front-line staff — people of color. The further up the hierarchy you looked, the whiter things got.

If I didn’t immediately catch on to one of his frequently obscure references, he’d snarl, face twisting red with effort: “Just forget it,” he’d say, frustrated. “It doesn’t matter.”

“You know,” he insisted, “the Underground Railroad.”

“The Harriet Tubman House!” I exclaimed. He’d been struggling to remember the name of the building I’d been talking about for months. Now his shoulders relaxed, the grimace dissolved.

I always carried a lot of bags when I went to see my father. I’d pull stacks of meeting notes out to find my phone so we could listen to Jessye Norman singing opera, or to dig out my laptop to watch Marian Anderson crash the color barrier in 1939, singing at the Lincoln Memorial.

“What is all that?” he wondered last fall at my pile of petitions and protest letters — jumbled efforts to halt the demolition of the Harriet Tubman House, destined to be replaced by luxury condominiums.

He knew the issues intimately, recalling the buy-a-brick campaign to complete the Tubman house back in 1971. “The city paid for most of it as an apology for ripping the community apart with urban renewal,” he said. “Melnea Cass, the legendary Boston activist, and Dorothy Scott Tubman, Harriet’s niece, raised the remaining $100,000.” On my laptop we watched a James Baldwin interview from 1963: “Northern cities now are engaged in something called ‘urban renewal,’ which means moving the Negroes out. It means Negro removal; that is what it means.”

In 2004, my father took the Green Line to Boston’s South End, walking the few blocks to the Harriet Tubman House, at Massachusetts and Columbus avenues, to join me for a performance of the Arts Incentives Program, which I’d started in 1996. I worked at the Tubman house with my team, attempting to buffer the impact of trauma on adolescent girls by engaging them in the arts. My dad entered the building nodding to Jameel Parker’s mural Honor Roll, which depicts the vital history of the South End’s residents and community leaders. He watched the young women sing: “People get ready there’s a train a’comin’ . . . .”

My (then) burly father teared up: “That is how it felt being at the March on Washington. But people don’t listen. They need to listen.”

Recently I crossed Melnea Cass Boulevard with thousands of my fellow Bostonians marching through the South End on the hem of lower Roxbury. I winced as we passed renovated condos — the housing once destroyed has continuously been rebuilt, representing the gentrification — but cheered for the Black Lives Matter banners hanging from windows. What do we want? Justice! When do we want it? We grieved for George Floyd. I grieved for my father, and the soon-to-be demolished “Underground Railroad.”

Maybe this time the people (like the song says) are ready. And I find comfort in the verse: “There’s hope for all among those loved the most.”

Lisa Fliegel is a clinical consultant to the Louis D. Brown Peace Institute in Dorchester. Her book-in-progress, “Bulletproof Therapist,” focuses on the intersection of trauma in Israel/Palestine, Northern Ireland, and inner-city Boston.