Warning: Creating default object from empty value in /home/customer/www/lisafliegel.bulletprooftherapist.com/public_html/wp-content/themes/pinnacle/themeoptions/redux/inc/class.redux_filesystem.php on line 29
 The Israeli Army and Me – Bulletproof Blog 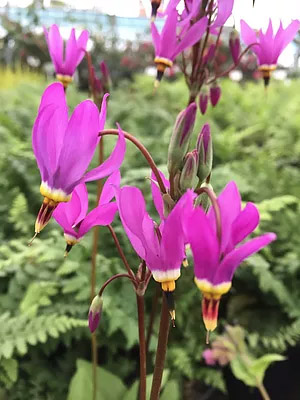 There are certain situations in which I meet someone for the first time and realize I am being pigeon-holed, stereotyped, or prejudged. In these moments I sometimes find it beneficial to mention that I served in the Israeli army. Regardless of what I did or didn’t do in the army- the very fact of it causes others to step back and reconsider who or what I might be about.

When I was in the Israeli army I was in love with a soldier-boy whose ears stuck out from the sides of his beret so I nicknamed him Bozo, but he was no clown. He was a Sephardic boy (North African Descent) who stood his ground  in an Ashkenazic  (Eastern European)  world- and soon he would sprout paratrooper’s wings.

Every morning, after working a night shift in the radar room, golden-curled Rahel and I would cook breakfast for the troops returning from night patrol and then I’d run up the mountain- where inevitably I’d encounter a wild boar. The wild boar is a very large animal whose grunts are half-roar. Those encounters may have been the most frightening of my entire army service.

Upon reaching the ambiguous Lebanese Border I would crawl under the fence to find my beloved smelling of  kerosene and dust, fresh from night maneuvers. We’d  tumble in the dark cool bunker and frolic some more in the observation station where I’d get an illicit gander at terrorist strongholds from the mammoth  binocular- like swivel lookout contraption. Lunch in the outpost was spiced  with paprika, and like my boyfriend-basted  with a hint of kerosene. But as we’d descend to the front gate  the wistful breeze smelled only of cedars.  We’d hold hands so I could walk with my eyes closed like in those blind-trust walks you take at summer camp; my other senses heightened in one more moment of reprieve before  I hurried back to the musty radar room, and he’d return to his Nagmash  (armored personnel carrier).  Soldier-boy would unlock the gate for me so I wouldn’t have to shimmy across the gravel again. Everything was grey or khaki green, or a stinging oily metal: guns, uniforms, look-out posts, boulders forming the cap of the bunker. As we reached the gate, I opened my eyes to the bleary crag face of the bunker to see a rare, sharp colored, shocking purple flower.

“This is very rare,” said my soldier-boy, “when you see it you must say thank you GOD thank you very much.”

Since my guy was neither religious or overstated, right then and there I said: “I thank you GOD. Thank you very much.” After all- the flower was stunning, we were in a war-zone, and I had not been eaten by the wild boar.

Many wars and border crossings later, my friend Roxanna, invited me to a culminating event for her Agape workshop at Boston College. Roxanna started this writing program for veterans  as a penance of sorts for her own patriotism- that cast  her two sons into the US military’s revolving door of troop re-deployments in Iraq and Afghanistan. There was one woman Marine, and a gunner guy- both veteran’s of Iraq; two Viet Nam vet;, a veteran of World War II, and a women who knew her own war as a peace-time soldier based in Germany.

It was a rare moment of penance for my childhood adulation of the heroic peace-seekers who had attacked, blamed and condemned the Viet Nam Vets returning home from battlefields concocted by statisticians and political pundits. At Agape I closed my eyes to listen: a moment of unclaimed intimacy, truth-telling.

I was thinking about the hard-won struggle of Viet Nam Veterans Against the War (VVAW), social psychiatrists, psychologists and social workers to have PTSD accepted into the canon of psychiatric diagnosis. Without them I would not know how to listen to the Agape veteran’s  stories, with a trauma-informed-clinical ear. I felt grateful to my mentors in trauma work, for my training; and I thanked GOD for their teacher Roxanna, my friend: her eyes tearing up as we listened to the stories she helped create.  A rare flower she is indeed. My Roxanna! Thank you to all at Agape, thank you very much.