Warning: Creating default object from empty value in /home/customer/www/lisafliegel.bulletprooftherapist.com/public_html/wp-content/themes/pinnacle/themeoptions/redux/inc/class.redux_filesystem.php on line 29
 You did send a man to the moon! – Bulletproof Blog 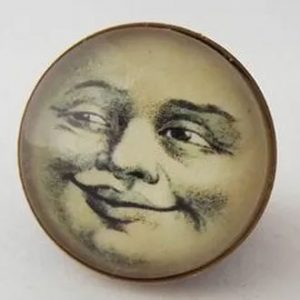 Something I hadn’t considered since 1969.

Did you watch the Apollo 10 launched from Cape Kennedy on May 18, 1969, on a black and white TV, with spindly antennas and fuzzy reception? Prior to that moment in my fourth grade classroom at Solomon Schechter Hebrew Day School, my biggest concern about events in the sky, was that G-d might be looking down on me, from there, with disapproval.

When I was younger the lullaby “I see the moon and the moon sees me” brought to mind a cherubic moon face guarding me safely, but as a nine year old fourth grader I had a whole thing going on. The MOON was watching me, the moon could see what I did and didn’t achieve. The moon had its eye on me. I was never gonna get away with nothin’.

So while we watched the nominal 115-mile circular Earth-parking orbit at an inclination of 32.5 degrees, I looked outside the long rectangular windows of our fourth grade classroom in the low reaches of Temple Emannuel, and wondered, “Hmm, there’s a sky up there and blue, but there’s the sky on TV grainy, black and white. How does that work?”

One-and-a-half orbits later, translunar injection occurred. The S-IVB fired to increase velocity from 25,593 to 36,651 feet per second on a free-return trajectory. That’s when I heard some rumblings. Maybe it was my mother’s voice inside my head, or maybe it was one of my classmates nearby echoing something they’d heard at home:

“You can send a man to the moon but you can’t figure out how to feed people in Biafra?”

JFK’d been dead for 6 years already, but the boys in our classroom said we owed this to our dead president, who would remain young forever, just as we thought we would. Now we were stuck with this Nixon character who would lead us all to ruin — (the irony was that only years later I would appreciate that it was the Nixon years that brought large increases in Social Security, Medicare, and Medicaid benefits). We all thought JFK was our guy, so how could I disagree with him? Things were a little more confusing than I anticipated.

In May of 1961, 3 months before my 1st birthday, JFK addressed congress saying:

“Finally, if we are to win the battle that is now going on around the world between freedom and tyranny, the dramatic achievements in space which occurred in recent weeks should have made clear to us all, as did the Sputnik in 1957, the impact of this adventure on the minds of men everywhere, who are attempting to make a determination of which road they should take.”

I don’t know how they did or didn’t manage the risk of potentially suicidal detainees in 1961 or how our landing on the moon has improved the human condition. But I sure do hope and believe that there is a better option than stripping someone naked and putting them in chains. That’s how I see the battle between freedom and tyranny. Solving that conundrum might be just a small step for humanity to take, but it would be a giant step for humankind.