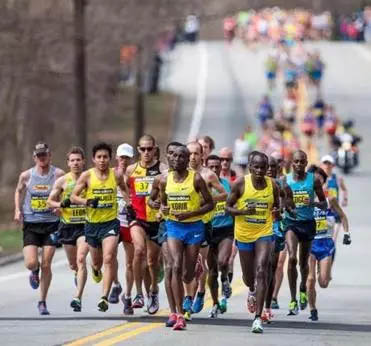 “I was at mile 25.6 when they stopped the race,” Bryson tells Lisa Fliegel, a trauma therapist who had shown up to volunteer her services. “I could have made it to the finish line.”

“You’re here. You’re getting your medal,” Fliegel counters. “You didn’t just finish the race. You won the race.”
After the last runner has left for the day, I chat with Fliegel, whom I’ve known for years, about her determination to get the marathoners to frame their stories around strength rather than defeat. She lived in Israel for two decades of upheaval, and her day had started with a text from a friend who still lives there: “What a sad morning after. Same pictures and stories, but in English.” That’s not the reality she wants for Boston.